The article and pictures were composed and taken by Darek Sommerfeld.

“During April 11/12 of 2015 I took part in a sixth modeling contest in Olsztyn. The contest was organized in the Youth Palace of Olsztyn. During the modeling contest there were many different categories of models ranging from over 400 cardboard to plastic creations. Thanks to my friend Robert, I was able to familiarize myself with the work of cardboard modelers and meet a few of them during the competition. Many of the models appeared very realistic and it was hard to believe that they were made from cardboard. In terms of plastic models, the majority of the models was composed of armored vehicles but there was a likewise large selection of planes, ships, civillian vehicles and standalone figures. For the full article, please visit IPMS Warszawa http://ipms-warszawa.pl/: alternatively you can visit our facebook at https://www.facebook.com/ipmswarszawa

IPMS Warszawa would like to give a special thanks to IPMS Toronto for reporting the modeling competition in Olsztyn.”

You can view a gallery of some of the models by clicking here or on the image below.  You can read the article on the IPMS Warzawa website here. 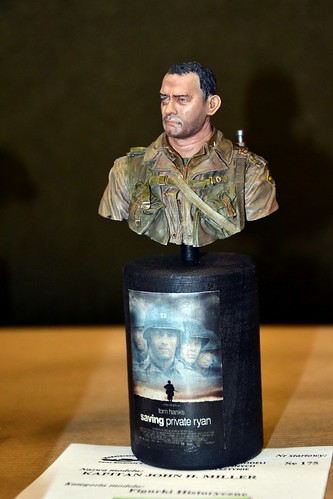